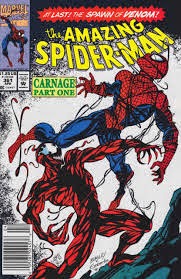 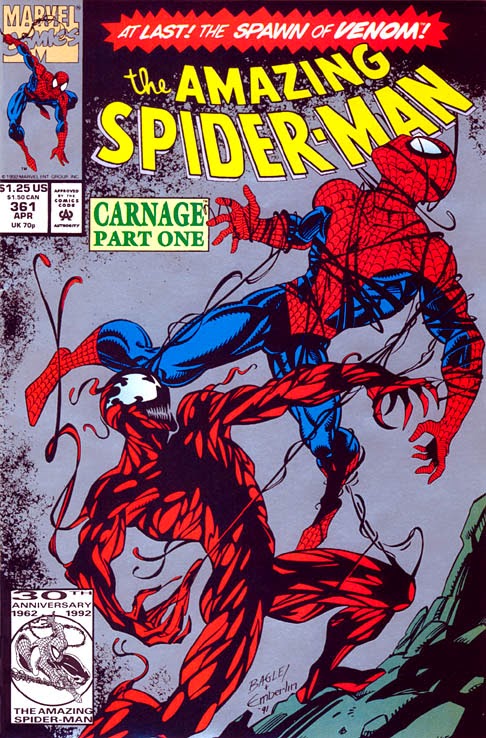 The producers of "Amazing Spider-Man" and "Amazing Spider-Man 2" have announced a Venom film in the works. If that's not enough, they've also suggested that they will be taking a close look at having Carnage appear in the Venom movie as well.

ASM #361, the first appearance of Venom's symbiotic spawn - Carnage,  is already a popular modern key but did you know that there is also a very short printed, silver background, 2nd print out there? Yup. Grab it while you can.

Posted by Collectorsx.com at 1:31 PM